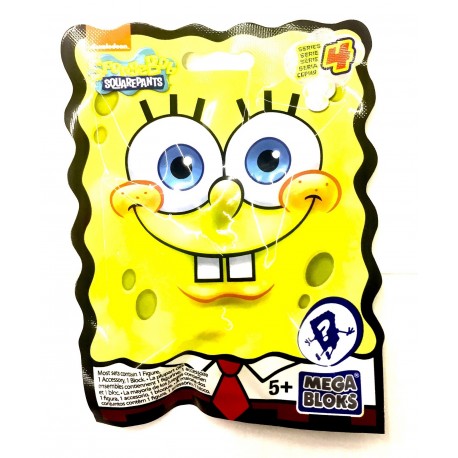 Bikini Bottom’s most popular residents are all ready for a crazy day under the sea with the Mega Bloks SpongeBob SquarePants Micro Action Figures Series IV. With eight new figures to collect, your favorite main characters are all there, along with some never-before-seen character variations like King Patrick, Soldier SpongeBob, Squilliam Fancyson, Cowgirl Sandy, and Angel SpongeBob! Each micro action figure includes a cool accessory and comes in a blind pack, so you never know which one you’re going to get! You can collect them all to build your own Bikini Bottom world!

Ideal for ages 5 and up