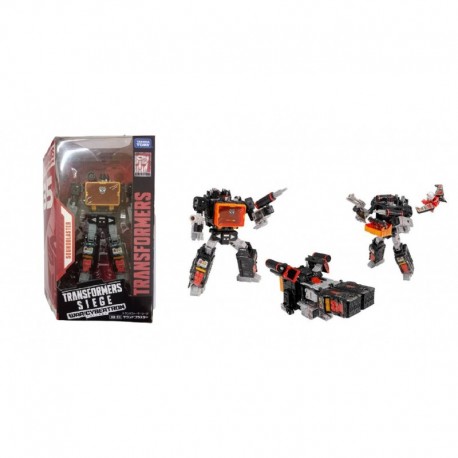 • This figure converts from robot to Cybertronian spacecraft mode

• Figure can store up to two mini cassette figures in its chest (Not included with this figure. Each sold separately, subject to availability)

• The character first appeared in Dreamwave comics, a clone of Soundwave created by Shockwave

• This Soundblaster figure is inspired by the Mercenary and failed Shockwave experiment as seen in the War for Cybertron animated series, complete with Mercenary logo