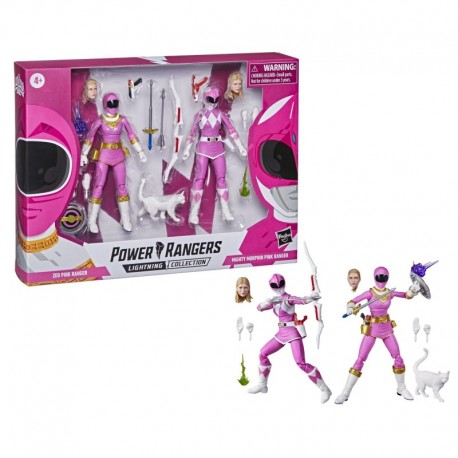 • Originally under an evil spell that allowed her to transform into a white cat to spy on the Power Rangers, Kat Hillard becomes the second Mighty Morphin Pink Ranger and, later, Zeo Ranger Pink

• Look for more collectible figures in the Lightning Collection. Each sold separately. Subject to availability.